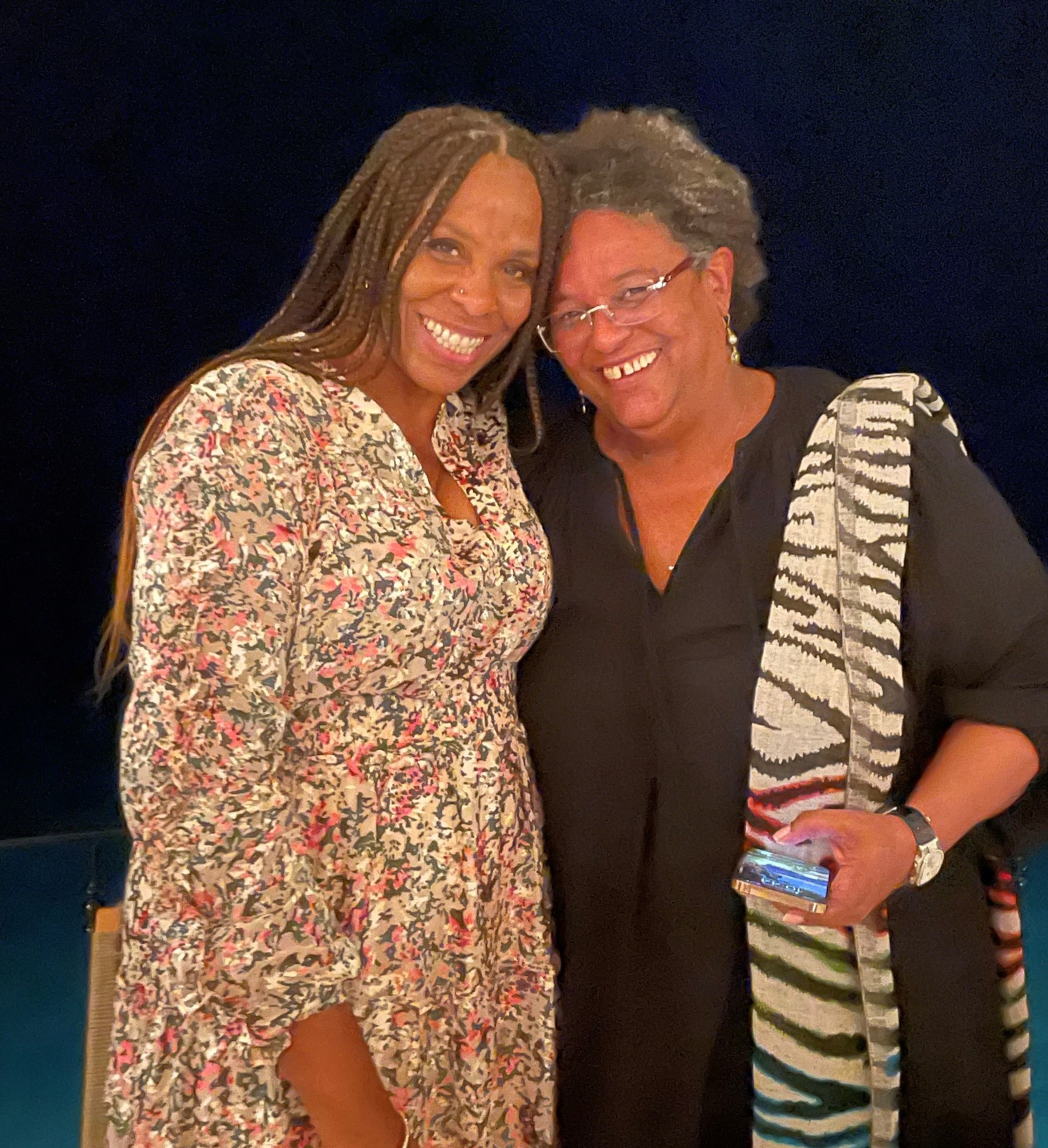 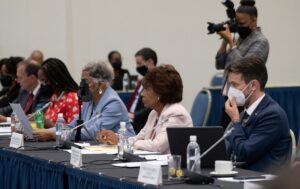 Congresswoman Stacey E. Plaskett released the following statement regarding her trip to Barbados with a Congressional delegation led by Maxine Waters, chair of the Financial Services Committee of the U.S. House of Representatives.

Congresswoman Stacey Plaskett was invited to attend several meetings with her colleagues from Congress and several prime ministers of the Caribbean. During the trip, Representative Plaskett met with officials of the International Monetary Fund (IMF) along with the Caribbean Development Bank. In those meetings, members of Congress, and experts on economic development and financial stability and growth discussed increased engagement and support by the U.S. The delegation also had briefings on the current affairs in Haiti. 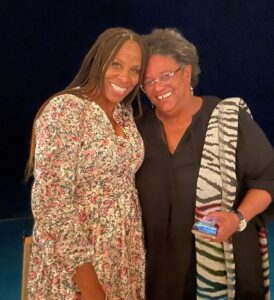 “I am very pleased with the outcome of the Caribbean Financial Access Roundtable, which convened U.S. policymakers, Caribbean Community and Commons Market (CARICOM) heads of state, financial institutions and industry experts to confront the economic challenges triggered by the harmful trend of de-risking in the Caribbean. De-risking efforts have led many U.S. banks to sever ties with their Caribbean affiliates, resulting in significant economic disruption to countries and businesses in the region.

“The financial exclusion facing our Caribbean neighbors has also impacted remittances, posing serious financial challenges for families with modest resources. Under the leadership of Chairwoman Maxine Waters, we examined solutions to expanding financial access and shifting the economic landscape for present and future generations.

“Since the 1983 Caribbean Basin Initiative (CBI), efforts to strengthen and expand trade ties between the Caribbean and the United States have largely faltered. A robust U.S.-Caribbean trade agreement will help alleviate major pressures on local food systems and contribute to economic stability in the region. To this end, I promoted further discussion among Caribbean leaders on effective trade solutions on this trip and also introduced the Caribbean Trade Resolution (H.Res.1047) on the House floor in the last few weeks.

“The Caribbean Financial Access Roundtable and the Caribbean Trade Resolution, if passed in the House, are the beginning of a concerted effort to enhance the economic vitality of the Caribbean. It is my hope that the Ninth Summit of the Americas will build on the significant progress made this week and move the region one step closer to attaining our shared goals of economic integration and growth.”

Editor’s note: Stacey E. Plaskett is the Virgin Islands delegate to Congress and a member of the House Ways and Means Committee.