The Bahamas is pleased to announce that it has maintained its position on the IMO Whitelist as the IMO Maritime Safety Committee at its 104 session has confirmed that The Bahamas has given full and complete effect to the STCW 78 Convention.

This positive news also coincides with The Bahamas signing a STCW 1978 Regulation I/10 Agreement with Barbados. The agreement ensures that The Bahamas and Barbados each reciprocally recognise Certificates of Competency that are issued by the respective state.

By signing this agreement, The Bahamas’ seafarers are afforded the opportunity for their certificates to be accepted and recognised by Barbados, and likewise certificates from Barbados’ seafarers will be accepted and recognised by The Bahamas, providing seafarers from both whitelist countries the flexibility to accept employment on ships and yachts that are registered in the respective member state. 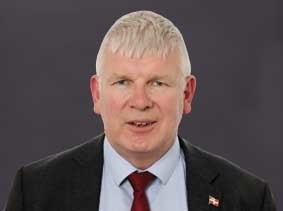 Captain Oli Olsen, Deputy Director, Seafarers & Manning Department at The BMA, said: “This Agreement with Barbados will be of great benefit to the seafarers of both nations. We hope that it will be followed shortly by the establishment of similar reciprocal agreements with other whitelist countries.”
Source: The Bahamas Maritime Authority (BMA)