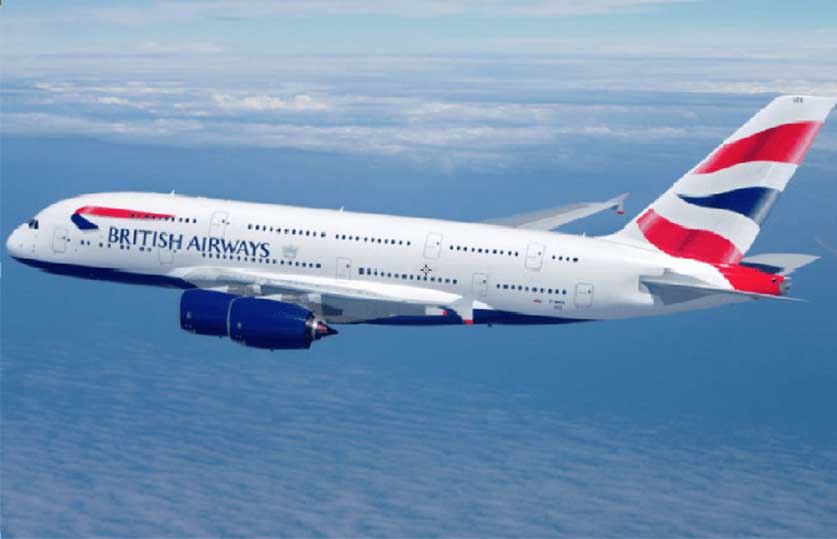 Hamilton – British Airways (BA) has announced a further cut to service between Bermuda and the United Kingdom because of the coronavirus (COVID-19) pandemic.

The airline – which had offered five flights per week in December – will reduce service to one flight per week.

As of next week, flights will arrive in Bermuda from Gatwick Airport on Thursdays and return to the UK on Fridays.

Earlier this month the airline – the sole carrier on the route – said it was reducing flights from five a week to two.

Asked about the second change this month, a BA spokeswoman said: “Like other airlines, due to the current coronavirus pandemic and global travel restrictions, we are operating a reduced and dynamic schedule.

“Our focus is on keeping crucial air links open – transporting vital goods and ensuring people who are permitted to travel can continue to do so safely.”

Meanwhile, Air Canada flights from Toronto to Bermuda will be grounded until at least the spring, the airline has confirmed, leaving the island with no direct link to the North American country.

He said that flights to Bermuda were “temporarily suspended until at least April 12, 2021”.

But it announced that services across the network would be further reduced as part of its COVID-19 mitigation and recovery plan.

WestJet, another Canadian carrier, halted flights to Bermuda when the airport was closed on March 20 last year.

A spokeswoman for Skyport, operators of Bermuda’s L.F. Wade International Airport, said: “As with [these] announcements by Air Canada and British Airways, airlines continue to make difficult decisions regarding capacity adjustments to Bermuda and throughout their networks in response to this unprecedented global decline in travel demand.

“Total passenger traffic at the L.F. Wade International Airport for 2020 was down nearly 80 per cent versus 2019 and is not expected to begin showing signs of recovery until the second half of 2021 and into 2022.” (CMC)