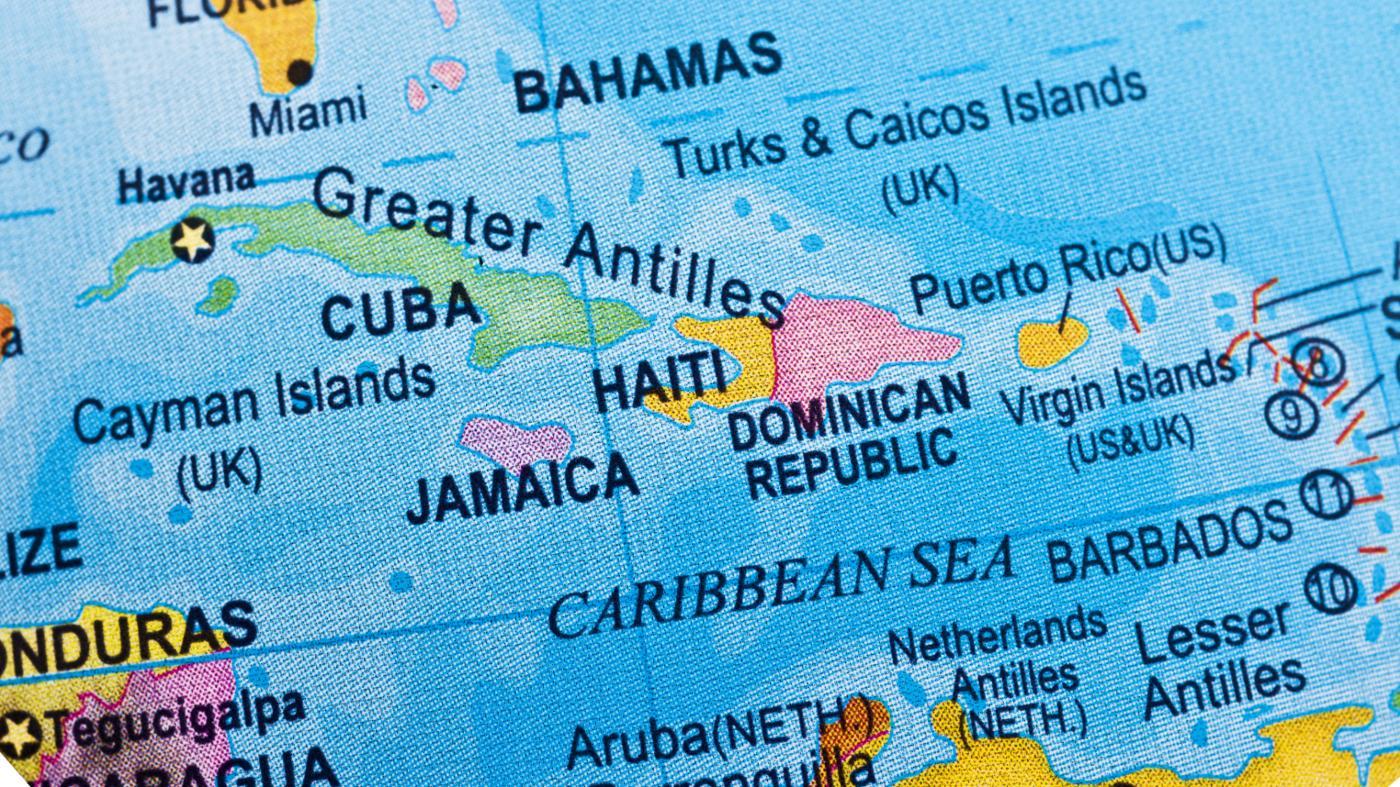 The Caribbean at a Glance

Located between North and South America and east of the Gulf of Mexico, the Caribbean stretches over 1.06 million square miles and is made up of over 7,000 islands. Cuba is the largest and most populated of the islands. Of its 25 countries, 13 of them are independent nations, while the remaining 12 are territories of other countries. This number may vary based on different sources’ interpretations of territorial boundaries. People who live in this region typically speak English, Spanish, Dutch, French or Antillean Creole.

During the 1500s, the Spanish empire claimed every single Caribbean island for its own, but 100 years later, British, French and Dutch forces began seizing and colonizing the islands, beginning with Saint Kitts. Today, Spain, the United Kingdom and the Netherlands have the most influence on the nations that make up the region. Despite the modern influences, much of country’s culture reflects the heritage of the Native Americans who inhabited the islands before the Europeans colonized them. There are also many African influences that were introduced by slaves brought over by the Europeans.

The Caribbean is one of the most sought-after vacation destinations for people from all around the world, and tourism is the area’s number-one industry. Visitors come to enjoy the crystal blue waters, white sandy beaches, proximity to other nations and year-round tropical and subtropical climates. Temperatures in the region typically range between 75 and 85 degrees Fahrenheit throughout the year. It is almost always humid, which can make it feel warmer, though the trade winds offer some reprieve. June through November is hurricane season, while the fall is considered rainy season in the area. As for land surface in the Caribbean, countries like Anguilla and Barbados are mostly flat, while others like Cuba and Jamaica feature volcanoes and large mountain ranges.

The Greater Antilles is the largest sub-region of the Caribbean, as well as the most visited. Countries included are Cuba, Jamaica, Haiti, the Dominican Republic and Puerto Rico.

The islands that make up the Lesser Antilles form something of a border between the Caribbean Sea and the North Atlantic Ocean. This large group of countries can be subdivided into two smaller groups: The Leeward Islands and the Windward Islands.

The Windward Islands are located along the southern portion of the Caribbean. They include Barbados, Grenada, Saint Lucia, Martinique, Trinidad and Tobago, St. Vincent and the Grenadines.

The Bahamas is both a country and a sub region of the Caribbean on its own. This region is one of the most popular vacation destinations for Americans because of its proximity to the United States.