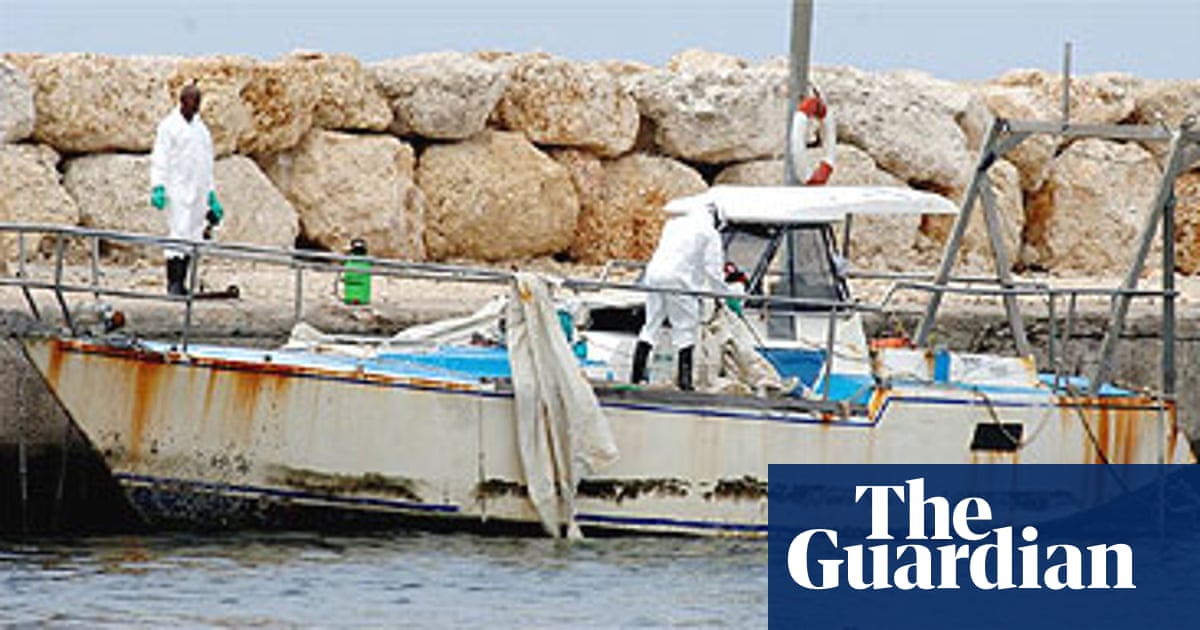 The yacht was unmarked, 6 metres (20ft) long, and when Barbadian coastguard officers boarded it, they made a gruesome find. The boat’s phantom crew was made up of the desiccated corpses of 11 young men, huddled in two separate piles in the small cabin. Dressed in shorts and colourful jerseys, they had been partially petrified by the salt water, sun and sea breezes of the Atlantic Ocean. They appeared to have come from far away.

The sea-battered yacht, identified by one local ship’s captain as of French design, was towed into the port at Willoughy Fort, Bridgetown, and the bodies, by now wrapped in plastic bags, were heaved on to the quay.

In a part of the world where legends and myths have often been furnished by the sea, the mystery of the dead men soon provoked curious speculation.

An air ticket from Senegal Airlines and a tragic note written by one of the men as he was preparing to die have, however, helped investigators from several countries set about unravelling the mystery.

For, although the floating coffin appeared off the coast of the Americas, those on board had set off four months earlier from the Cape Verde islands, off the African coast, and had been heading for the European soil of the Canary Islands.

The evidence reportedly points to them having been cut adrift in the Atlantic and left to drift off to a slow, painful end. Barbados police have said the cause of the deaths was starvation and dehydration.

“I would like to send to my family in Bassada [a town in the interior of Senegal] a sum of money. Please excuse me and goodbye. This is the end of my life in this big Moroccan sea,” the note said, according to a Barbados paper, the Daily Nation. Relatives of those aboard have been contacting the Barbadian authorities from as far afield as Senegal, Spain and Portugal. They have added pieces to the puzzle – based on telephone calls with relatives before they boarded, and with people who stayed in contact with the boat during the first stage of the voyage.

The story of the 11 dead and some 40 other would-be immigrants from Guinea Bissau, Senegal and Gambia starts on Christmas Day last year at Praia, a port in the former Portuguese colony of Cape Verde. There, for €1,300 (£890) each, they were promised a trip to the Canary Islands by a mysterious Spaniard.

Their boat was to be a motorised yacht, recently repaired but bearing no name and no flag. They paid to make the voyage, assuming that the Spaniard – a mechanic based in the Canaries – would be skippering the boat. At the last moment, however, a Senegalese man took over and the Spaniard disappeared. Several then refused to make the journey. One, according to the El Pais newspaper yesterday, jumped from the yacht as it set sail. It is by no means clear what happened next.

Somewhere near the Mauritanian port of Nouadhibou the yacht ran into trouble. Another boat was sent to its aid, apparently after the skipper had contacted the Spaniard. The yacht was towed but, at some stage, the line was severed. El Pais reported that it had been hacked with a machete. With no fuel left and food and water running out, the migrants’ fate was left in the hands of the sea, the weather, and luck. The latter soon ran out.

The yacht drifted into the stormy Atlantic and, it is assumed, people were tossed or washed overboard as they died.

The 11 last survivors, huddled together against the elements, were reported to have died by the end of January. At that stage their yacht became a ghost ship, battered by storms or winds until it appeared, 2,800 miles away, on the other side of the Atlantic. A Barbados fishing boat was the first to sight it on April 29, 135 days after it had set sail. The coastguard vessel HMBS Trident was sent to discover its awful secrets.

Anxious phone calls from relatives to the Daily Nation have turned up some of the names of those on the boat. They include a Gambian, Bouba Cisse, whose cousin Abdou Karime, now in Portugal, saw the case reported on TV. “We’ve been watching it [the story of the 11 bodies found] on Spanish TV and a lot of family members I know would have wished for the bodies discovered to be returned to our country,” he told the newspaper.

The 11 bodies now in a Barbados morgue, along with those presumed dead, add to a growing death toll on the newest immigrant route into Europe from Africa.

This route, from the west African coast to Cape Verde, opened up late last year. By March Spanish authorities claimed more than 1,000 had drowned.

That has not stopped the flow. Three vessels carrying 188 African migrants reached Tenerife yesterday. The number of immigrants to have reached the Canaries this year is close to 7,000.

Interpol, meanwhile, has asked police around the world to locate the mysterious Spaniard who took some €50,000 from the immigrants before they sailed to their death.

I am from Senegal but have been living in Cape Verde for a year. Things are bad. I don’t think I will come out of this alive. I need whoever finds me to send this money to my family. Please telephone my friend Ibrahima Drame.
Signed Diaw Sounkar Diemi. El Pais’s account of note found on boat

British Expats – Shipping crats from Barbados to the USA

The One-Stop-Shop for Health Savings Accounts