Barbados is the eastern-most Caribbean island. It is located at 13.1N, 59.4W. The island, which is less that one million years old,  was created by the collision of the Atlantic crustal and Caribbean plates, along with a volcanic eruption. Later coral formed, accumulating to approximately 300 feet. It is geologically unique, being actually two land masses that merged together over the years.
the Barbados Saga Begins – An Island Stands alone (i)

The history of the early settlement of Barbados is being rewritten as a result of recent archaeological discoveries unearthed at the site of Port St. Charles. Artifacts and evidence point to settlement some time around 1623 B.C.

The first indigenous people were Amerindians who arrived here from Venezuela. Paddling long dugout canoes they crossed oceans and currents that challenge modern sailing vessels. On the north end of Venezuela a narrow sea channel called the Dragon’s mouth acts as a funnel to the Caribbean sea and the nearest Island of Trinidad.  It is a formidable passage of swift flowing water and cross currents. It is dangerous water for an open dugout canoe. But they came, families and villages, adventurers, descendants of the the first people who travelled across the Alaska land bridge, down through Canada and the Americas to the South.

They made their new home in Barbados along the coast, leaving behindhardly a trace, only a hint of evidence for the archeologist to date and dream about.  Fragments of tools made of shell, utensils, refuse and burial places convey but a mystery of their time.

The Arawaks were short, olive-skinned people who bound their foreheads during infancy to slope it into a point. They considered this along with black and white body painting to be attractive. The CaÏques (chiefs) and influential members of the tribe wore nose plugs and/or rings made of copper and gold alloys (History of Barbados). They were an agricultural people and grew cotton, cassava, corn, peanuts, guavas, and papaws (papaya). The cotton was woven and used for armbands and hammocks. Cassava was ground and grated to be made into casareep, a seasoning used in cooking. The Arawaks also used harpoons, nets, and hooks, to fish for food (History of Barbados).

(i) Barbados Saga is a project of WorldSagas.com –  History told through the eyes of a story teller.

In 1200, the Arawaks were conquered by the Caribs. The Caribs were a taller and stronger Amerindian tribe than the Arawaks. They were incredibly accurate bowmen and used a powerful poison to paralyze their prey. (History of Barbados). The culture has almost vanished from Barbados. Pockets of the culture and people, now know as the Kaligano, exist in St Vincent, the Grenadies and in Dominica. The largest population is the Kalinago territories in Dominica. For More see Dominica Kalinago: A Cuture on the Edge

The Portugese came to Barbados en route to Brazil. It was at this time that the island was named Los Barbados (bearded-ones) by the Portugese explorer Pedro a Campos. It was so named, presumably, after the island’s fig trees, which have a beard-like appearance.

The first English ship touched the island on May 14th 1625 under the command of Captain John Powell. The island was therefore claimed on behalf of King James I.

On February 17th 1627, Captain Henry Powell landed with a party of 80 settlers and 10 slaves to occupy and settle the island. This expedition landed in Holetown formerly known as Jamestown. The colonists established a House of Assembly in 1639. It was the 3rd ever Parliamentary Democracy in the world (Barbados History).

People with good financial backgrounds and social connections with England were allocated land. Within a few years much of the land had been deforested to make way for tobacco and cotton plantations.

During the 1630s, sugar cane was introduced to the agriculture. The production of sugar, tobacco and cotton was heavily reliant on the indenture of servants. White civilians who wanted to emigrate overseas could do so by signing an agreement to serve a planter in Barbados for a period of 5 or 7 years. To meet the labour demands, servants were also derived from kidnapping, and convicted criminals were shipped to Barbados. Descendants of the white slaves and indentured labour (referred to as Red Legs) still live in Barbados, they live amongst the black population in St. Martin’s River and other east coast regions. At one time they lived in caves in this region. 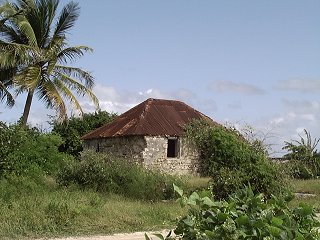 A potential market formed for slaves and sugar-making machinery by the Dutch Merchants who were to supply Barbados with their requirements of forced labour from West Africa. The slaves came from Sierra Leone, Guinea, Ghana,the Ivory Coast, Nigeria and Cameroon. Many slaves did not survive the journey from Africa, but many thousands still reached their destination.

The Barbadians dominated the Caribbean Sugar Industry in these early years. The sugar plantation owners were powerful and successful businessmen who had arrived in Barbados in the early years.

Many natural disasters occurred in the late 1600s, such as the locust plague of 1663, the Bridgetown fire and a major hurricane in 1667. Drought in 1668 ruined some planters and excessive rain in 1669 added to their financial problems. However, investment continued in sugar and slaves and was perceived to have good prospects.

By 1720 Barbadians were no longer a dominant force within the sugar industry. They had been surpassed by the Leeward Islands and the Jamaica.

After slavery was abolished in 1834, many of the new citizens of Barbados took advantage of the superb education available on the island. After these citizens had been educated, they wanted something more than working in the cane fields. Some of them gained prominent offices in Barbados. Others worked in common jobs, and still others stayed in the cane fields (Barbados History).

Many people were drawn to Barbados because of the climate and slow pace of life. The island was thought of as a cure for “the vapours” (Barbados History). Even Major George Washington visited the island with his tuberculosis-stricken half brother in hope of ameliorating his illness (Barbados History)

Slavery, abolished in 1834, was followed by a 4-year apprenticeship period during which free men continued to work a 45-hour week without pay in exchange for living in the tiny huts provided by the plantation owners.  Freedom from slavery was celebrated in 1838 at the end of the apprenticeship period with over 70,000 Barbadians of African descent taking to the streets with the Barbados folk song:

Discover the history of Barbados as you explore interesting historical places on the Freedom Footprints tour. Walk in the footsteps to freedom of the country’s ancestors, footprints that Barbadians continue to follow today.

Barbados was first occupied by the British in 1627 and remained a British colony until internal autonomy was granted  in 1961. The Island gained full independence in 1966, and maintains ties to the Britain monarch represented in Barbados by the Governor General. It is a member of the Commonwealth.  The first leader of Barbados as a free nation was the Right Honourable Errol Walton Barrow, of the Democratic Labour Party. The other major political party is the Barbados Labour Party, led by the current Prime Minister – The Right Honourable Owen Arthur. In 1989, the National Democratic Party was formed. Its leader was Dr.Richie Haynes.

See the cultural traditions of Barbados that resulted from these historical influences.

Doesn’t Barbados sound like an interesting place to visit? We’ll help you find your perfect accommodation on the island…

How can we improve it?