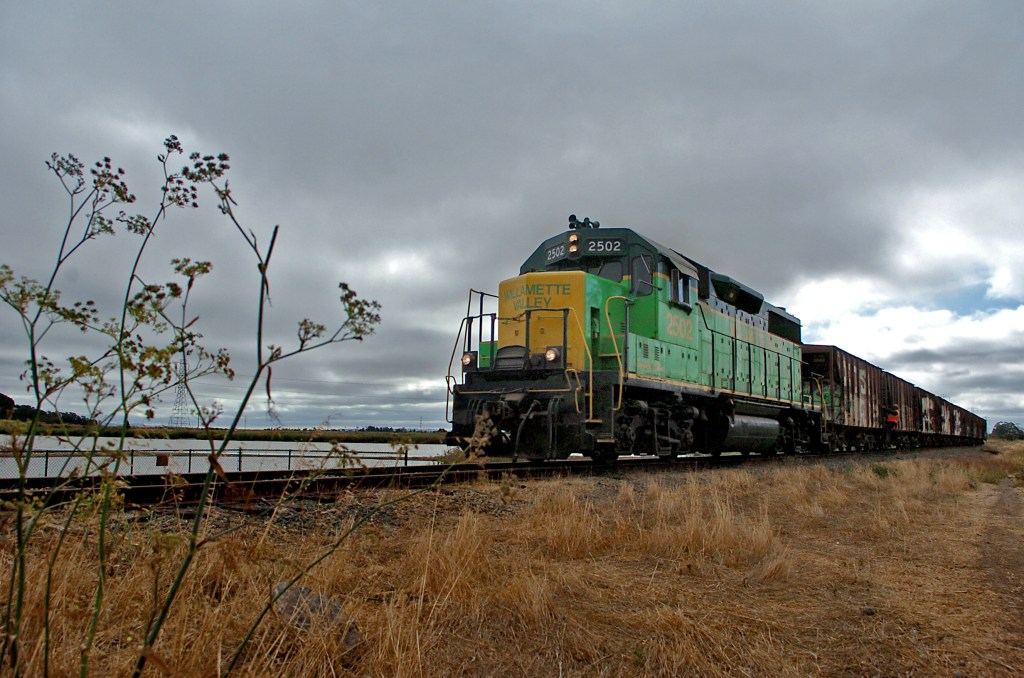 The board of SMART voted Wednesday to approve a $4 million acquisition of North Bay freight hauling operations, giving the agency control of both passenger and freight rail service up to the Mendocino County line.

While acknowledging the acquisition comes with risks, many board members said it presents an opportunity to generate revenue, bring the fractured regional rail system under the control of a single agency and extend passenger rail service east to Suisun City and the Capitol Corridor rail system.

“I view this decision as a nod to the long run and as a generational opportunity to continue building out the backbone of a regional public transportation system,” said Marin County Supervisor Damon Connolly, a member of the SMART board.

The board voted 11-0, with one abstention, to begin the acquisition process. San Rafael Mayor Gary Phillips did not cast his vote, saying not enough information was presented.

The Sonoma-Marin Area Rail Transit district would use $4 million in state appropriated funds to buy four locomotives, other equipment and rail operation rights from the existing private freight hauler, the Northwestern Pacific Railroad Co., or NWP Co. The company hauls freight between Napa and Windsor and serves about five customers.

Additionally, SMART would be responsible for maintaining an additional 45 miles of rail and take ownership of about 21 miles of tracks from downtown Healdsburg to the Mendocino-Sonoma County line. This northern rail section is owned by the state-created North Coast Rail Authority. SMART already owns rail south of Healdsburg to Larkspur and rail on the east-west corridor along Highway 37 from Novato to the Napa River.

Board members were also encouraged that the state would be funding the acquisition as well as providing an additional $2 million to cover a portion of the $10 million in rail repairs that staff say are needed.

SMART’s board will be tasked with deciding whether to operate freight itself or to hire a private operator, said Farhad Mansourian, the general manager. As SMART will be obligated to provide freight services under federal law before it makes this decision, Mansourian is recommending that NWP Co. remain as the freight hauler in the interim.

The acquisition will need to be approved by the California State Transportation Agency and the federal Surface Transportation Board, which has jurisdiction over freight operations.

The acquisition resulted from SB 1029, legislation authored by state Sen. Mike McGuire of Healdsburg and signed by Gov. Jerry Brown. The bill dissolves the financially troubled North Coast Rail Authority. It would also establish the Great Redwood Trail, a trail network stretching along the rail corridor from Marin County to Humboldt County.

Created by the Legislature in 1989, the North Coast Rail Authority managed commercial rail operations and entered into a public-private partnership with NWP Co. for commercial freight hauling in 2006. However, the authority has been mired in millions of dollars of debt and has been criticized for financial mismanagement, prompting McGuire to call for its elimination.

“There is no doubt in my mind that having the freight contract as a part of the SMART portfolio is not only good for public policy, but it’s good for business,” McGuire said after the vote. “It’s something the district has needed complete control over for years.”

There was some haste behind the decision on Wednesday. SMART and the North Coast Rail Authority had to sign off on the plan by June in order for the $2 million in maintenance funds to be allocated.

The timing of the proposal led several members of the public and Phillips to express concern about the plan on Wednesday.

Phillips said while he supports the concept managing freight, there was no analysis presented on whether the acquisition would be profitable or whether it’s feasible for SMART to operate freight. The SMART staff says such an analysis is set to be performed, but only after the acquisition.

In addition, SMART is facing significant financial issues both related to its operations and the coronavirus pandemic that will likely require service and staffing reductions.

Phillips said the only assurances he had was that of state legislators, agencies and NWP Co. president Doug Bosco, who told the board the freight business makes profits in the hundreds of thousands of dollars.

“Quite frankly, we’re going to look like damned fools if we don’t make the right decision,” Phillips said.

McGuire said auditors with the state Department of Finance and State Transportation Agency have gone through the proposal with a “fine tooth comb” and that he will continue to support securing further funding for rail maintenance and repairs.

Additionally, Caltrans Director Toks Omishakin wrote in a letter to SMART on Monday stating his agency is committed to help SMART expand its system, including an east-west rail service to Suisun City from Novato.

“The SMART owned east-west corridor provides an opportunity to further expand interregional connections and improve reliability and resiliency along the Highway 37 corridor and is a priority in the state rail vision,” Omishakin wrote.

Doug Kerr, a California representative of the Rail Passenger Association, said SMART should be focused on building out its passenger rail service to Cloverdale rather than be “distracted” with freight.

“That mission is not complete as the service only goes as far as Airport Boulevard,” Kerr said, referring to northern Santa Rosa.

Mike Arnold, a Novato economist who ran the opposition campaign against SMART’s failed tax extension campaign in March, argued that SMART has not done its due diligence and warned that acquiring freight could come at the cost of passenger rail service.

“You are the buyer here and you are flying blind,” Arnold said. “You have put the cart before the horse.”

David Schonbrunn said SMART’s taking on freight service couldn’t come at a worse time, with the agency considering service cuts. He also questioned whether the agency would abandon freight altogether once in charge, arguing that SMART had placed obstacles for freight operations in the past. SMART staffers and Bosco denied an opposition to freight.

Bosco, a former congressman who serves as president and legal counsel of NWP Co., said while his company never put the railroad up for sale and would be fine with operating it still, he said “it makes perfect sense to do what SMART is considering doing.”

“There are way too many jurisdictions involved in a very small railroad,” Bosco told the board. “I think this clears up a lot of that, it provides the possibility of a very magnificent trail and a future that can be very bright.”

Why is Customs required when returning from the U.S. Virgin Islands? Ask the Travel editor